In his guide, we will cover the composition of the Voiceflow Project file (.vf file)

It's broken up into 3 parts: Project, Version, and Diagram, each of which will be covered here.

...other fields with more additional metadata for various functions

A project can contain many versions, the devVersion is the main working version. Versions can be used for staging as well as backups.

Version: A version contains many diagrams, with the rootDiagram being the entry point during runtime.
Can find all diagrams of a version searching against the versionID index.

These might also be referred to as topic, or component. Both are types of diagrams. An older name for diagrams is "flow"

Topics: topics are all on the same level. Can be thought of as extensions of the home diagram. On runtime they blend together like one giant diagram.

Components: components are modular, reusable pieces. You can think of components similar to functions in programming. When a component gets called, it is added to the "call stack", and pops off when it is finished.

blocks or steps are types of nodes 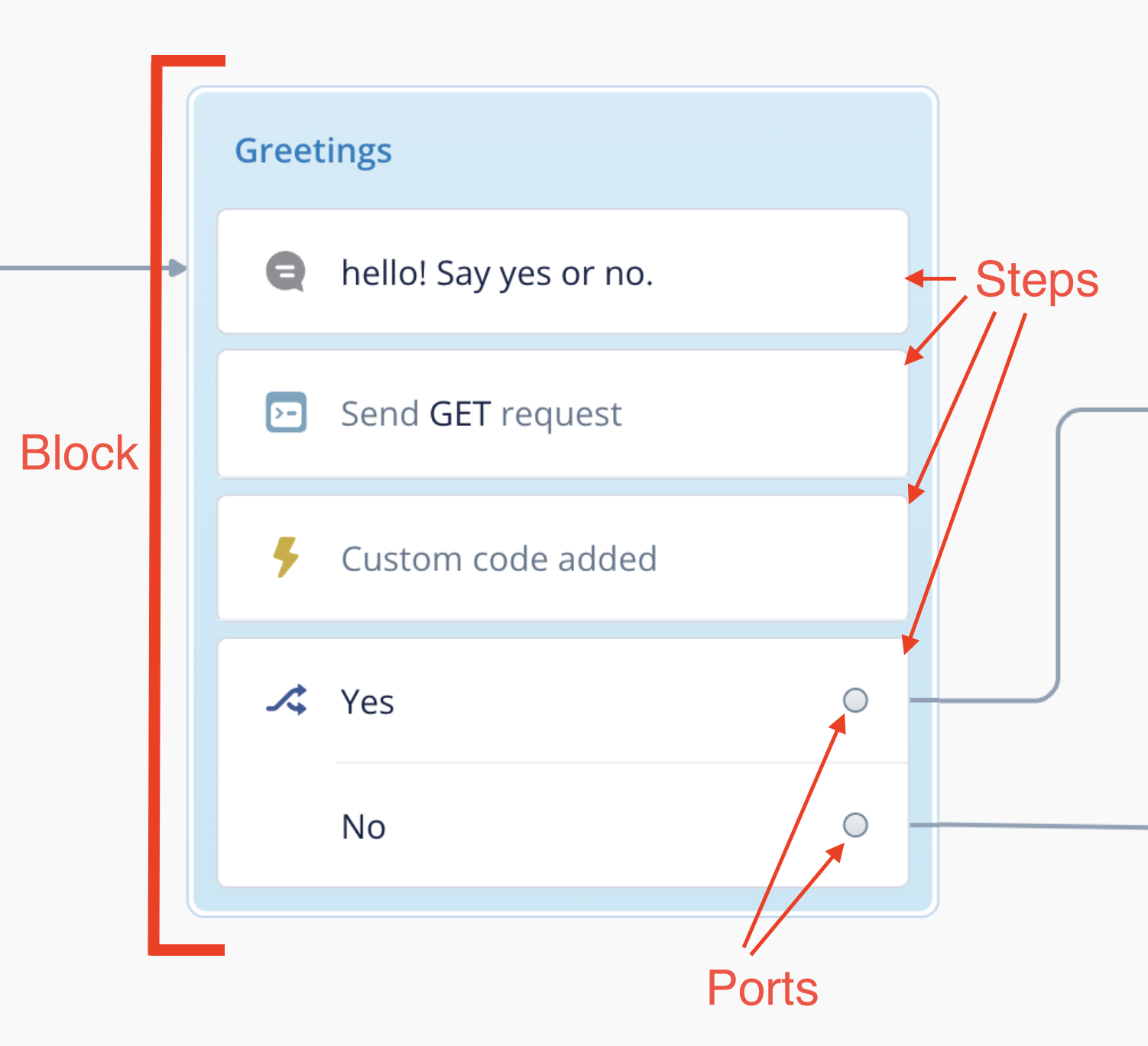 A block is comprised of steps, and usually, the last step in the block will have ports. There are "implicit" ports between steps within the same block.

A line coming out of a port can be connected to another block or step.

Special steps might have no ports, or can not be connected to (they are a triggered event)

Markup, images + text on canvas with no functional purpose, are special types of nodes.

Blocks contain a steps property in data that references their children steps, in this case, a speak step + a choice step are always of type: block. 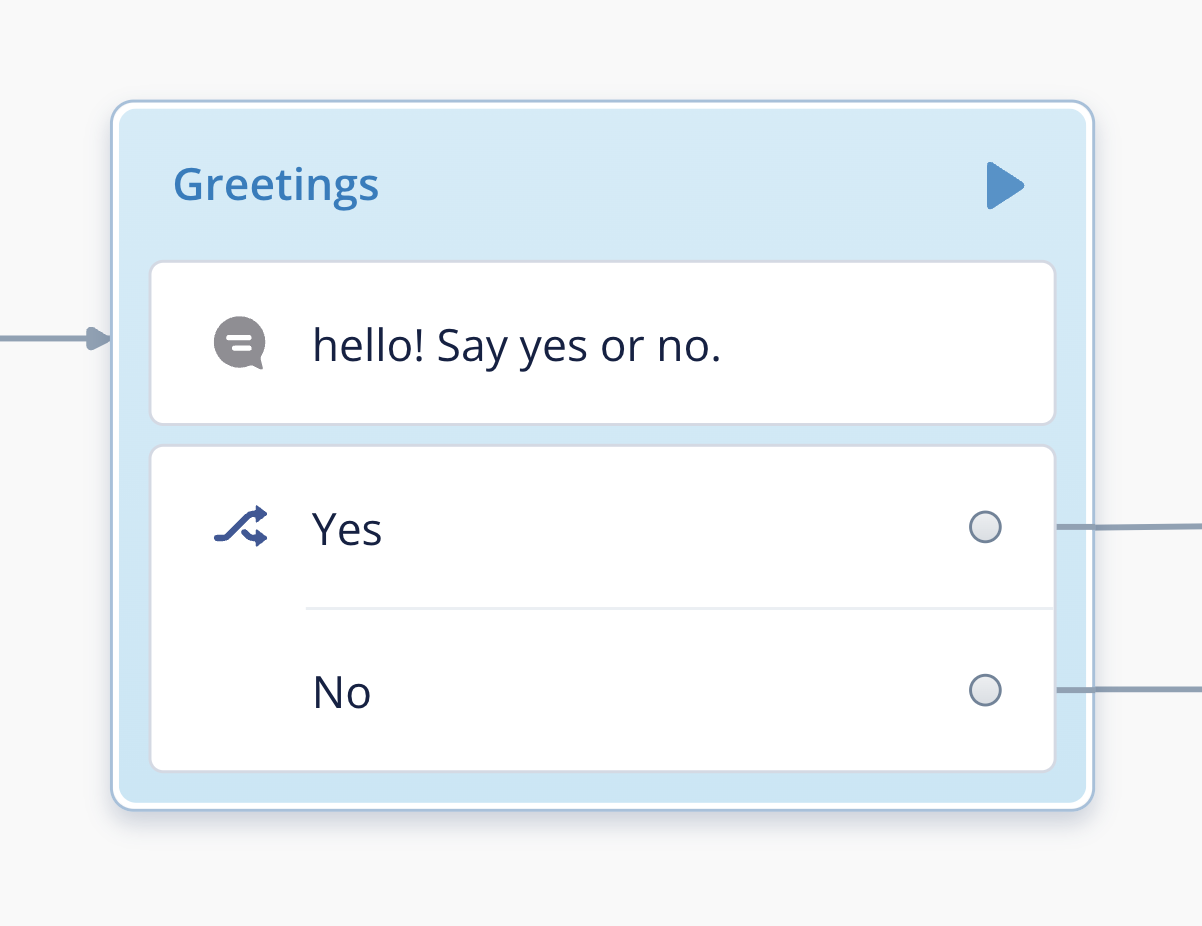 Below is what the above "Greetings" block looks like in JSON form. 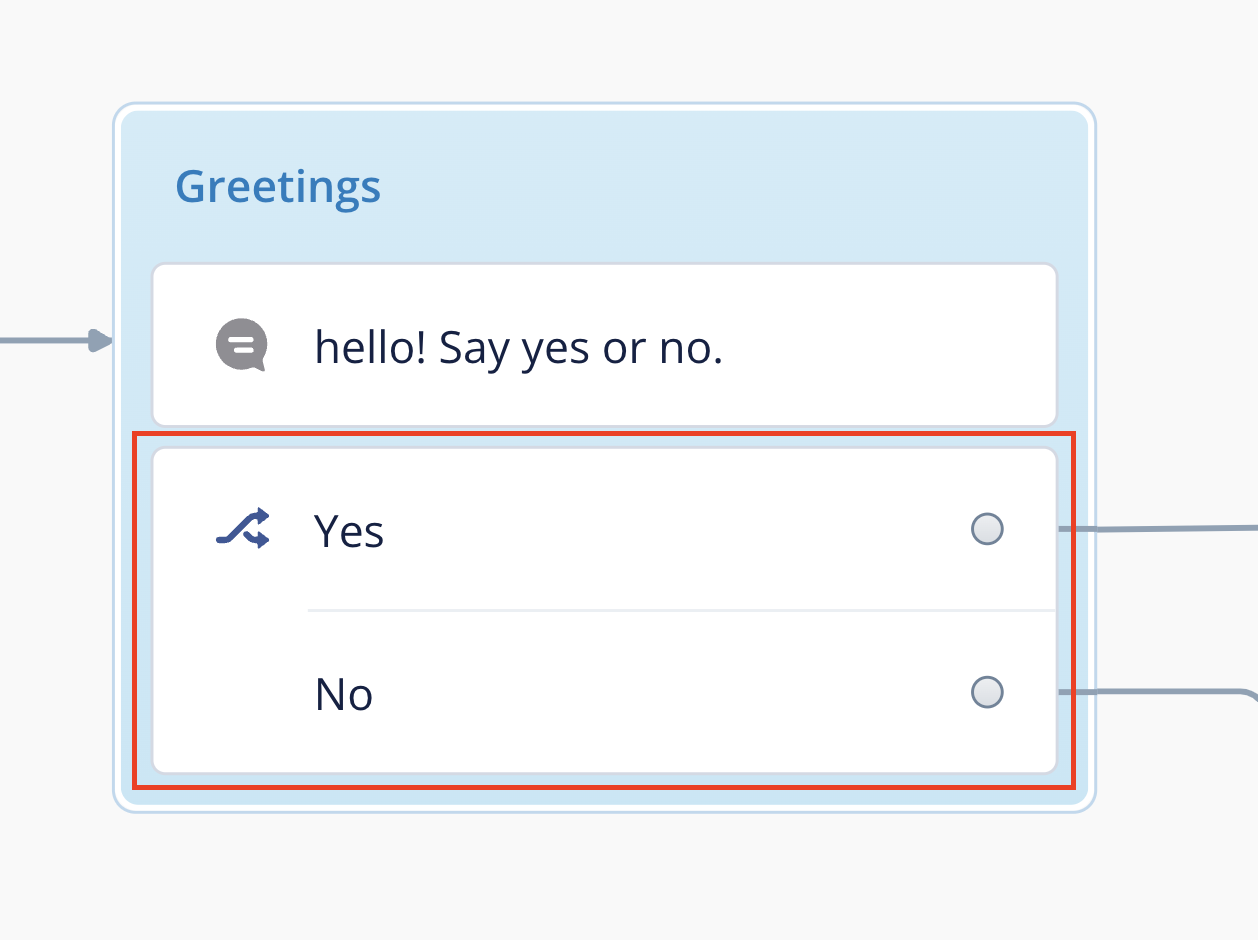 See what the "choice" step looks like in JSON form below:

type is the canonical type of the step. There will always be ports under the data, which target another node.

Everything else in the data is metadata dependent on the particular step type.

Below are the required fields in the VF file that are needed for successful import.