An utterance is a phrase that a user might say (or type) to interact with a system.

The following are all examples of utterances for an order_food intent.

An intent represents an action that a user might want to take. Each intent includes a collection of associated utterances. These utterances will be analyzed to determine whether a user triggers the associated intent with any of their interactions.

In the following example the user has used one of the utterances of an order_food intent and the system responds accordingly.

Used to builds an utterances that can resolve a dynamic value. Entities represent a value that can be provided by the user during their interaction with the system.

In the following example, the entity {food} is being matched from the order_food intent with what the user said. This value can be extracted for the system to user later during the interaction, such as when responding.

This represents the overall model for all paths that can be taken for designed conversation. It contains the definitions for all intents, utterances and entities.

In essence this is a large state diagram that can be executed to drive a conversational experience. 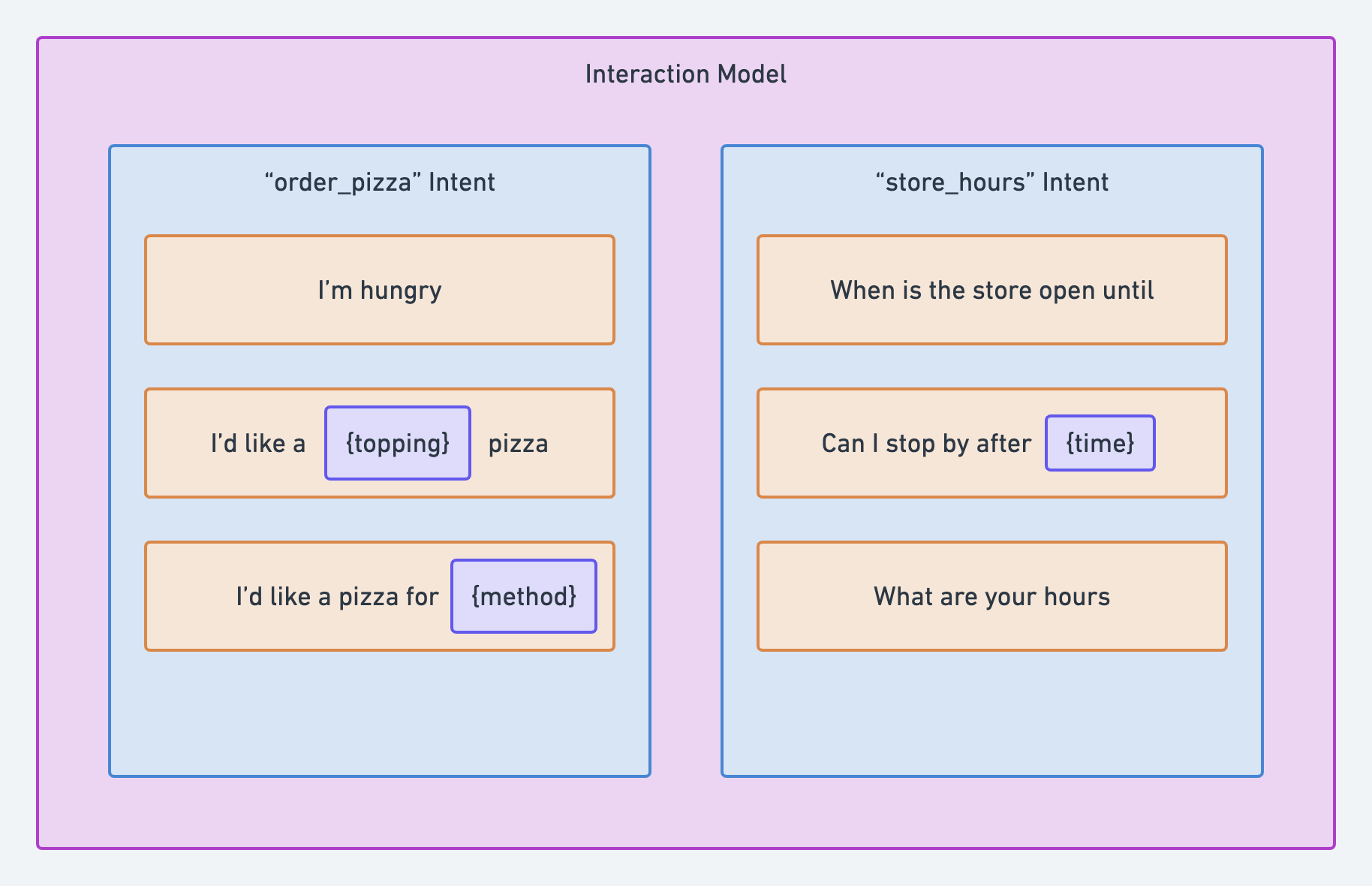 A collection of Projects shared between multiple collaborators. Each collaborator has their own role within a Workspace which applies to all contained Projects.

A "codebase" for a Voiceflow application. Different types of Projects are limited to target deployment to specific platforms (such as Google Actions and Alexa). Each Project is made up of multiple flows (legacy) as well as topics (new) and components (new).

Each Diagram can contain references to multiple Blocks, Steps, Links and Ports. This graph structure is used as the basis for more concrete concepts such as Topics and Components. Diagrams can be referenced by the Steps that appear within them or other Diagrams in the same Project.

Flows are a type of Diagram.

Flows are used for organizing Projects as well as for encapsulation. Every Flow other than the "Home" Flow has its own separate set of variables. The “Home” Flow must contains a start Block which is the entry point for the conversation.

Topics are a type of Diagram.

Topics are used for organizing the logic in Projects into related collections of functionality. This paradigm is meant to encourage users to design projects with multiple top-level intents.

Components are a type of Diagram.

Components are used for creating reusable logic and functionality. A single Component can be referenced multiple times throughout a Project.

Diagrams can be thought of as the "uncompiled" code of a Project. A Project is visually represented in the Canvas as linked Blocks and Steps. A Diagram is the data structure behind this view and is stored in MongoDB.

Programs can be thought of as the "compiled" code of a Project, which gets executed by our runtime services. As an analogy, in C++, Diagrams are like .cc source code files and Programs are the compiled .exe executables.

Used to store any runtime information for the connected assistant. It can be accessed from the code Step for direct manipulation, or through the set and condition Steps for simpler operations.

The container that renders all of the Blocks, Steps, Links and Ports. It allows panning and zooming and many more advanced interactions. 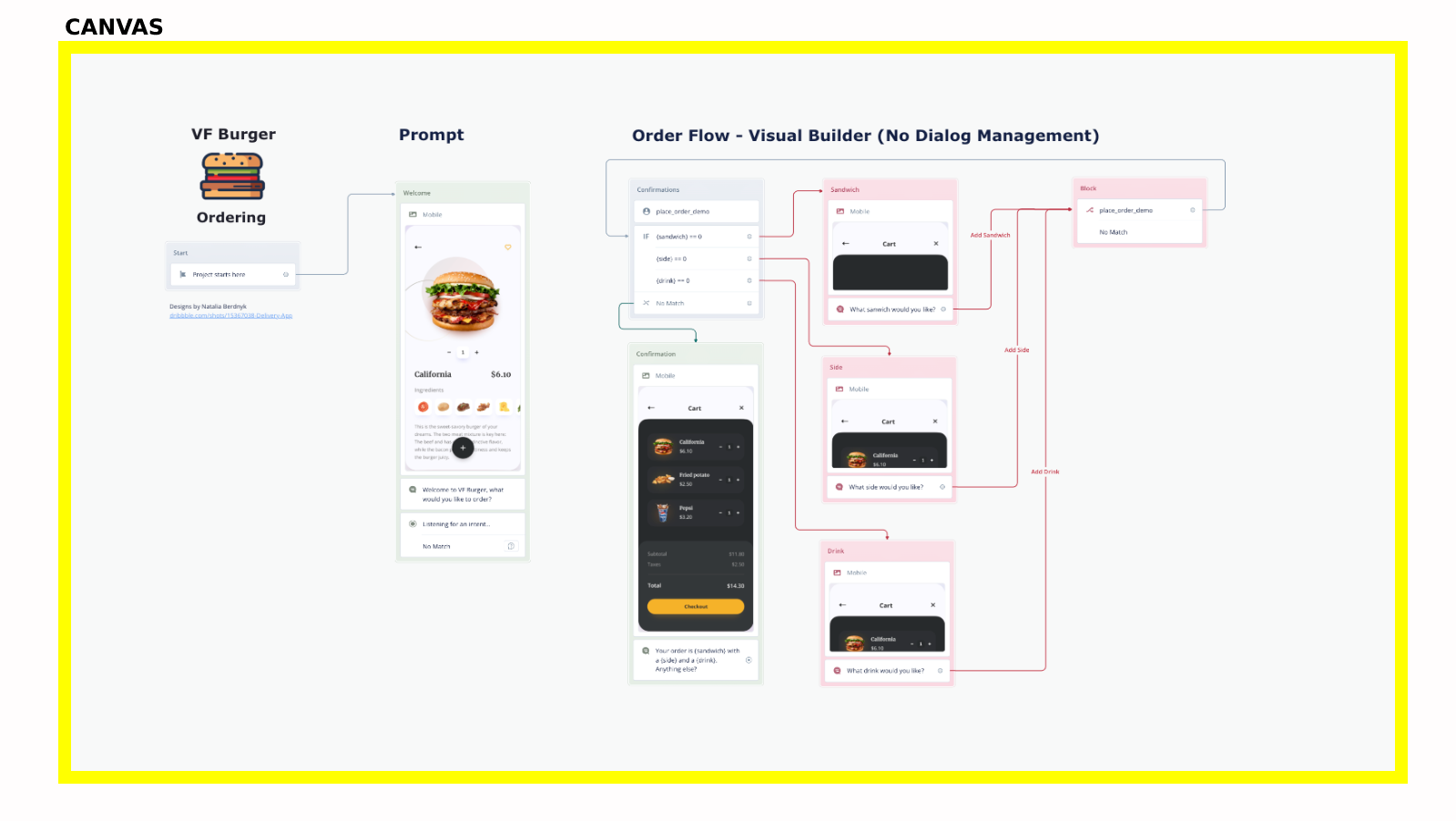 A container for one or more Steps. Each Step is implicitly linked to the next one to form a sequence of operations.

The smallest unit of user-defined functionality in the platform. Each Step along a path will be executed sequentially during a conversation.

The starting point for drawing Links between Steps. Some Steps have a configurable number of Ports while others have no Ports at all. 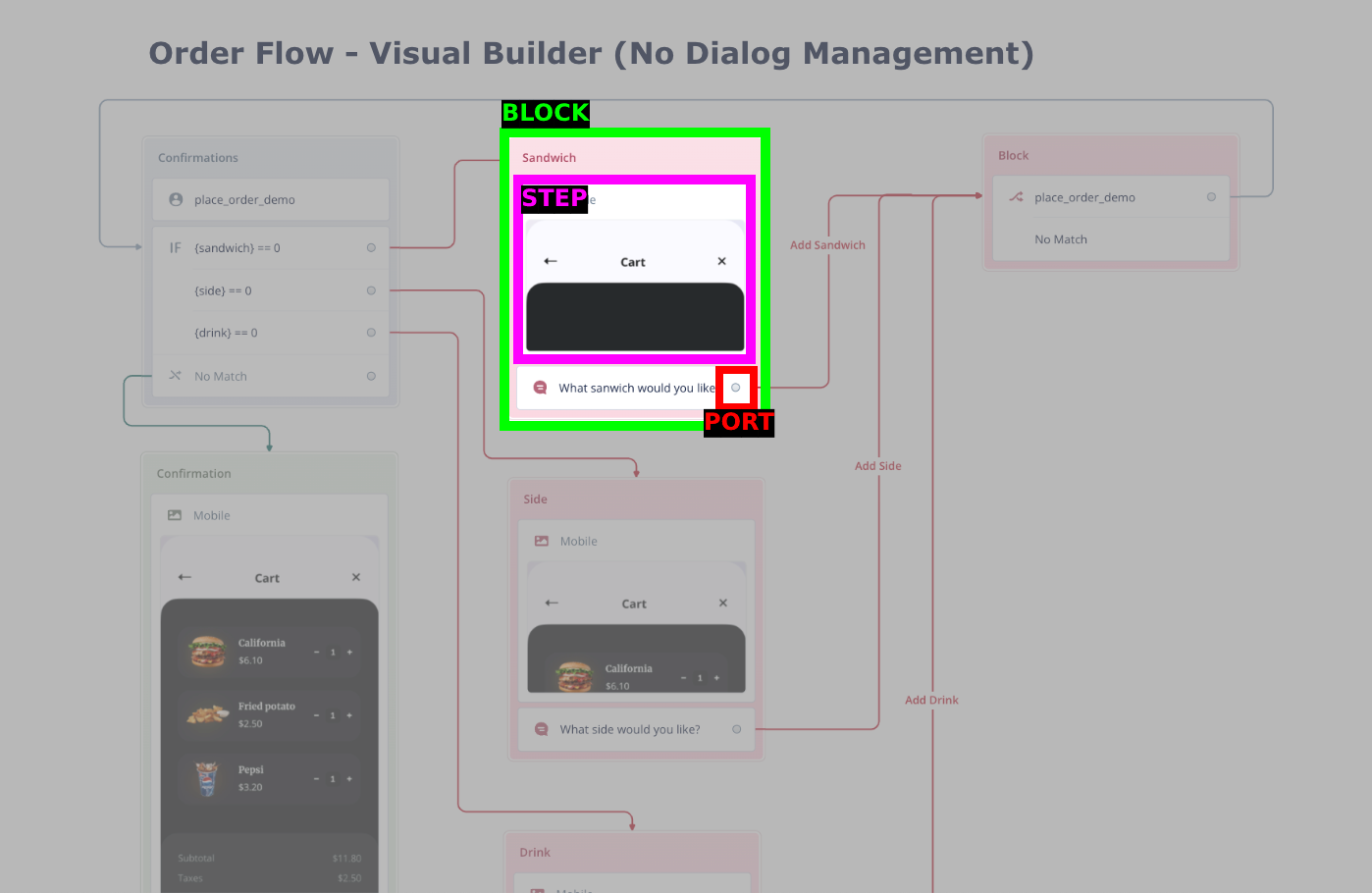 Used to connect a Port to another Step or Block. Links allows Steps that are not in the same Block to be executed in sequence. Some Steps have logic that allow for multiple Links to be defined, each with its own target Step. 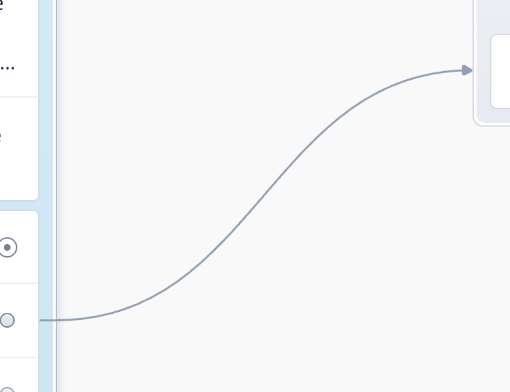